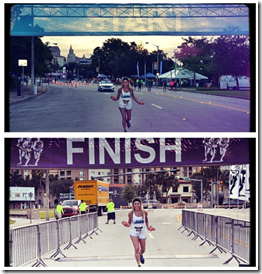 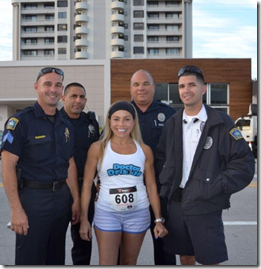 In 2014, over eight million people signed up on Ashley Madison. A website with the sole purpose of cheating. Songs like “The Boy is Mine” and “Don’t Go Chasing Waterfalls” are being renamed and reproduced but the message remains the same. Social Media is a forum of illicit relationship making instead of a forum to brand and grow legitimately. Don Sterling is a racist man, but the fact that he is a cheater is not so bad. Cameron Diaz made 20 million dollars making movie goers like me laugh until their abs hurt. All of this revolves around infidelity.

I am a survivor. I do not like being called a victim and feel nothing but gratitude for every new day. However, cheating did affect me. I went to see The Other Woman this weekend and while I was laughing, I couldn’t help but realize how far I have come. It’s been almost ten years since I learned my longest lasting personal relationship was a fraud. It’s traumatic to be a post war veteran. You come out of the war changed. Forever.

I changed for the better! The changes happened because change is absolutely possible. I am a game changer.

Darren (my bf; best friend and boyfriend) and I were having a conversation in the car not too long ago. As usual, I was yapping about something or someone we knew and he let me go on and on about this and that and when he finally interjected, he shocked me! He does that often. He said the following phrase, “Magda, I think it’s weird when another person wants anything with someone else in an active relationship.” I quickly pressed rewind and replay in my brain over and over again. The simplicity of his response was charming to say the least. Moreover, the finality of it was alarming. There is no cheating, no betrayal, or relationship fraud if you live with that belief.

I quit smoking over a year ago and I believe I was able to do this in part because I had no more anger, fear or resentment in my life. I became a Master Life Coach and have been able to help myself through the practice of actively listening to others. I am physically stronger and healthier than I have ever been. I am in a trusting, committed relationship. My faith in humanity has been restored. The process in restoring Magda was not seamless but it was successful.

My next webinar is on May 29 at 6 pm. It’s topic is Infidelity. It’s messy and real. There is light after darkness. A webinar for those of you that have never been to one is a virtual meeting place. You dial a number and have the option to listen, talk or write publically or privately. I will be focusing on the solution not the problem. What do you do if you are suspicious of cheating? How do you empower yourself if you are a victim of cheating? Life Coaching is so rewarding but what is more rewarding is being a part of wellness of the heart and mind. Please call 305.903.7160 if you’d like to be a part of this movement. Participation is entirely up to you!!

I spent the weekend at The Standard with my sista April! We didn’t chase anything, we just giggled under the waterfalls! Rocked our flash tattoos too! Jenga for Life!!

Roman a ninth grader! Change is inevitable, but when change is for the best- open your arms and embrace it. Roll with it!

Doctor Dribble ran Portland, he runs everything- who am I kidding? Because I missed him so much, I ran Coral Gables. I too, hang out with the governing peeps in the City Beautiful! I’m such a runner. Roman ran with me, but I ran with balls. Yep, I’ve got balls!

and if you don’t know, I saw you dancing,